71% of women and 63% of men are unhappy with their abdomens. Evidently, the majority of people dislike their stomachs. Whether you have too much stubborn fat or just want to get even lither, you might be wondering if there’s any way to achieve the body you desire.

In that case, you’re in luck. If you’re struggling with stubborn belly fat, then we have the perfect solution for you: CoolSculpting. In this article, we’ll discuss what CoolSculpting is and how to break a weight loss plateau with it. It’s the perfect non-surgical solution for those of you who want to tighten up your body.

CoolSculpting is also known as cryolipolysis. It’s a type of fat freezing treatment that helps to shape and tighten your body in a non-surgical way. This makes the procedure ideal for people who aren’t happy with their bodies but don’t want to go under the knife, such as with liposuction.

CoolSculpting can be used on various parts of the body, but many people choose to have it done on their stomachs because of the stubborn belly fat located there. Other parts you can have CoolSculpting done on include:

Basically, anywhere you have excess fat, you can use this treatment to remove the fat and tighten it up. If you combine this with something like a non-surgical facelift, then you can shave years off of your appearance without having to go through any surgery at all.

How Does CoolSculpting Work?

As we mentioned before, CoolSculpting is also known as cryolipolysis, which is a fat freezing process. What this procedure essentially does is cool a certain part of your body, which will damage your fat cells so much that they’ll die off and break down naturally, all without affecting any of your other cells.

This works because your fat cells are more sensitive to the cold than your other cells are. So when you directly cool a part of your body to the lengths that CoolSculpting can, this specifically targets fat cells and no other types.

Once you’re out of your appointment, your body will slowly go through the process of taking care of these fat cells. It’ll trigger an inflammatory response, which is completely normal; this is how your body deals with anything that’s attacked. This means you may see some swelling for up to 2 days after your appointment.

Your body will then break down these dead fat cells and slowly get rid of them. When this happens, you’ll see the inflammation start to go away and the tightening start to happen.

While most people will need more than 1 CoolSculpting session, you can definitely see noticeable results after just 1 appointment. However, to get the optimal effects, it’s recommended that you follow your doctor’s recommendations and go for more treatments if necessary.

As of 2008, CoolSculpting’s been deemed safe by Health Canada. In the United States, it’s also been approved by the FDA. As you can see, CoolSculpting is a relatively safe procedure; two government entities have approved of its use.

However, that doesn’t necessarily mean you won’t experience any side effects. As with all medical procedures, there’s the possibility of side effects, even if it’s a non-invasive procedure. We’ll discuss some potential side effects in a later section.

First, you’ll go for an initial consultation. The doctor will discuss your medical history and perform an examination. They’ll then determine whether or not you’re a good candidate (more on that in a later section).

For the actual CoolSculpting part, the doctor will apply some applicators. This is done by basically vacuuming the skin in your problem area, which will then cool down the fat cells.

In your problem areas, you’ll start feeling extremely cold; then, those areas will become numb. This can get rid of some of the discomfort you may have been feeling from the extreme cold.

The time it takes to finish up your session will depend on how big the target area is and how much fat you want removed.

How Long Does It Take?

When you go for a session of your treatment, it only takes around 30 to 60 minutes. This means you can schedule an appointment during one of your lunch breaks if you wish.

Considering there’s no downtime to getting CoolSculpting (since there are no incisions made), getting a lunchtime appointment is entirely feasible and doable. Because it’s so easy to get done and there’s no downtime, it’s no wonder this procedure is so popular.

How Many Sessions Do I Need?

It’s true that you can see some really great results from just 1 session of CoolSculpting. However, for most people, they still want to further contour and shape their bodies. This is why in general, it’s recommended that you get at least 2 sessions.

The exact number of times you’ll need to return for treatment will depend on how your body handles them and how far you want to go with the results. You can discuss this with your doctor and you can always schedule more CoolSculpting sessions to further improve how your body looks.

For some people, they’re very afraid of pain. This may be a reason why they haven’t tried liposuction or any other surgical cosmetic procedure.

If you’re one of these people who are afraid of pain, then you’ll be glad to know that the pain is very minimal. As we’ve pointed out above, the most you’ll feel is some discomfort from the extreme cold. However, that’ll all soon go away, as the area will become numb.

So not only is CoolSculpting a great non-surgical option, but it’s also pretty much pain-free, meaning you won’t have to suffer through the procedure.

Of course, you may be skeptical of a treatment that claims to get rid of fat without any surgical procedures involved. It’s too good to be true, right?

However, CoolSculpting definitely works. As we’ve explained in an earlier section, cryolipolysis works to specifically freeze your fat cells, causing them to die and break down. Once your body eliminates these dead fat cells, you’ll see the targeted area look much slimmer.

Considering CoolSculpting is approved by both Health Canada and the FDA, you should have peace of mind knowing that it actually works to do what it says it can: remove unwanted fat.

However, you shouldn’t expect it to give you dramatic results. This treatment is fully intended for people with stubborn fat, not those who still need to shed a significant amount of weight.

How Long Does It Take to See Results?

After one treatment, you may be able to see some noticeable results after the swelling’s gone down. However, since your fat cells need to be naturally broken down by your body, it can take up to 4 to 6 months to see the full results from CoolSculpting.

How Long Do the Results Last?

The best thing about CoolSculpting is that the results are permanent since your fat cells are gone forever. However, this doesn’t mean you can’t regain fat cells, especially tummy fat. This is why it’s important that you keep up with taking care of your body so you remain in good shape years after you’ve received your last treatment.

While you’re in for your treatment, you might feel extremely cold and numbness. In addition, you may also feel aching, pinching, stinging, and cramping. However, these should be quite minor, especially once the numbness sets in.

Afterward, you may feel a little sore after the numbness wears off. As we’ve said before, CoolSculpting will trigger your body’s inflammatory response for the first few days. Because of this, in addition to swelling, you might also have redness, bruising, tingling, aching, stinging, cramping, and tenderness.

Again, these side effects shouldn’t be too serious, which means you can resume normal everyday activities pretty much straight away. If you experience any of these side effects after your appointment, they should go away in a few days or weeks.

If you get more serious side effects, then you should contact your doctor to see if they’re normal. They’ll be able to further advise you on what to do. For example,

How to Take Care of Yourself After CoolSculpting

Just like with many other cosmetic procedures, you can’t just go through CoolSculpting and expect to maintain the results without some effort.

Consider the fact that CoolSculpting targets and eliminates your preexisting fat cells. If you don’t maintain a good diet and exercise routine, you’ll definitely gain some weight back. This means you can regain some inches that you’ve lost through this treatment.

However, the good news is, CoolSculpting had permanently eliminated fat cells in the area. So if you regain weight, you might get bigger, but you won’t be as big as before.

Who’s a Good Candidate for CoolSculpting?

Unfortunately, not everyone will be a good candidate for this type of treatment. Candidates should be in relatively good health, meaning they eat well and exercise often.

Another big factor is whether or not you have a stable weight. If you’ve fluctuated a lot, or are currently in fluctuation, then it may not be the ideal time for you to get CoolSculpting. Generally, it’s a great procedure for someone who has stubborn fat and has hit a weight loss plateau; there should be about an inch of fat when you pinch your problem area.

To determine if you’re a good candidate or not for CoolSculpting, it’s always a good idea to schedule a consulting appointment with our medical team first. They’ll go through your medical history, as well as give you a thorough examination. From there, they can determine if you can move forward with the next steps.

How Much Does CoolSculpting Cost?

The great news is that since CoolSculpt isn’t a type of surgery, you won’t have to spend as much on this procedure. However, it can still come with quite a price tag.

Generally, you can expect to pay around $750 per area treated. However, the exact price will depend on where you’re getting fat removed and which size applicator the doctor needs to use. Your doctor will work with you to get a customized plan that’ll get rid of stubborn fat effectively.

If you’re looking to get CoolSculpting on your insurance, then unfortunately, that won’t happen. It’s not considered a “medically necessary” procedure, meaning it’s cosmetic or aesthetic. So if you want to get CoolSculpting done, you have to cover all of the costs yourself.

Some treatment centers do offer promotions for new patients, so you might want to ask. Or they may offer financial plans to make CoolSculpting more financially feasible for you.

So stop the plateau in weight loss and reach your goals with this amazing technology. Once you see your love handles melt away, you’ll wonder what took you so long to find out about and try CoolSculpting.

Are you looking for “CoolSculpting near me” in Edmonton, AB 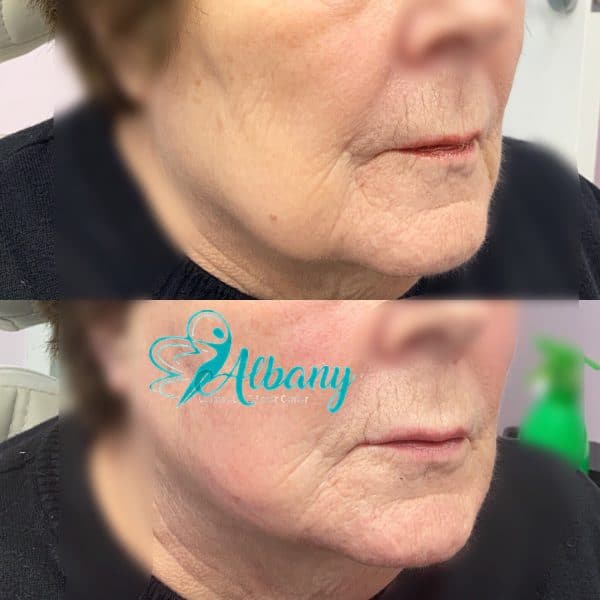 Lip Fillers Edmonton
Lip treatment fillers In Edmonton The lips are the most visible facial feature. Along with the eyes, they reflect the

Any cookies that may not be particularly necessary for the website to function and is used specifically to collect user personal data via analytics, ads, other embedded contents are termed as non-necessary cookies. It is mandatory to procure user consent prior to running these cookies on your website.